Sharing money with the family

Mick: Yes.  It's a pity I didn't bring them in for you to have a look at. They get well looked after, believe me.

Angellica: Do they get better looked after than you?

Mick: Well, no. The wife looks after me like a king, I've got to say that.

Angellica: Tell me about  how  you  decided  to  approach  a  change  of  direction  in  later  life.

Angellica: What  do  you  find  the  most  enjoyable  about  this  new career?

Angellica: Do you think it's never too late to reinvent yourself?

Angellica: Would you go with a pink, pink or a blue?

Angellica: So, tell me about life right now. What are you up to? You must be up to something, Jackie.

Angellica: Where do you have the time Jackie?

Angellica: What's  your  next  plan?

Jackie: I want  to  do  more  work  with  vulnerable  children  and  vulnerable  families  through  the  County  Council  because  that's  where  I  think  my  focus  is  probably  best  (inaudible) .

So when  we  looked  around,  we  saw  there  was  a  real  opportunity  to  build  something  like  Rest  Less,  to  help  people  navigate  through  this  exciting  but  daunting  time.

Angellica: And  sometimes  it  is  a  personal  experience  that  makes  you  think  about  it  because  often  we just think of retirement is  something  we'll  do  way  back  in  the  future,  but  it's  something  we need to be thinking about  now  really,  isn't  it?

One of the things I  always  point  out  is how diverse  a group  today's  50  and  60  year  olds  are  almost  more diverse  than any  other  age  group  because  of  three  decades  of different life experience.  And it brings you out in a very different place actually.

So, we see that when it comes to careers as well. So, we have experienced business professionals looking to get into teaching. We have people who've taught for 25 years who are desperate to get out of teaching and everything in between.

But on average is in our 40s, which  shows that actually by the time people are considering career paths in their 50s and again, in their 60s, they are typically looking for more rewarding, fulfilling career paths, perhaps that they may have felt they didn't have the luxury of being able to pursue earlier in their careers.

Angellica: So, it's not just about the money.

Stuart: No, absolutely. One of our most read pieces of content on site is actually rewarding career ideas, which people seem to be really engaging more so now during the pandemic than ever before actually.

You do also see this kind of glide into retirement. I talked before around the idea of Cold Turkey and how that's actually really bad for people, and few people want to do that today.

Angellica: Emma, I want to bring you in right now because it is inspiring talking about pursuing passions and dreams, but what are the more real concerns people have if they're facing a career change in their 50s or 60s?

Emma: It can be very, very daunting. Unfortunately, if you're making a career change, it's most likely that your income is going to go down.  And as you just said, we see that people at peak in terms of their income in their 40s, and then they're going to potentially see a fall in their income if they look to change career. And it also might have been imposed on someone.

So, with redundancy and we heard from Mick's story earlier, that was tended to a fantastic positive from that redundancy. But of course, that can be hugely terrifying for someone, if they've been in a career, they're being made redundant and they don't know what they're going to do next. So, I think for people it's just really important to not panic if they're in that situation to take stock of it and think about how they're going to fund any fall in their income.

That might be having a redundancy pay-out, that's going to help you to do that and using that money wisely as we submit it to retrain it in something else. The other important point is to remember that it might mean that you stop contributing to a pension and whatever possible you want to keep on saving.

Clearly that might not always be practical to do so, but stopping those contributions, you're not going to be getting the tax benefit of doing that or adding the extra income on that as your investments grow.

So wherever possible, make sure you're also thinking not just about funding the new and exciting opportunities, but also later into life that you've got enough there for your retirement. So that might mean you need to open a personal pension if you don't have an employer one anymore.

So  doing  that,  being  really  realistic  with  yourself,  engaging  with  your  finances  on  a  regular  basis,  should  hope  to  give  you  a  lot  more  freedom  when  you  finally  reach  retirement,  because  you've  got  that  extra  financial  cushion  to  support  you.

Emma: We  saw  the  examples  with  Jackie  and  Mick,  both  fascinating  stories.  Jackie,  very,  very  prepared  and  educating  herself  while  still  working  to  ensure  that  she  had  that  plan  in  that  transition  into  a  future  career.

Angellica: Going  back  to  both  Mick  and  Jackie,  he  mentioned  he  had  the  option  of  retraining  in  his  redundancy  package.  Jackie  had  dived  into  academic  learning  and  teaching.  So Stuart,  what  opportunities  are  there  for  people  to  expand  their  skillsets  later  in  life  without  breaking  the  bank,  especially  if  you  do  want  to  do  a  course  and aren't  thinking  ahead?

And  suddenly  you're  breaking  down  a  number  of  really  small  bits  of  information,  bits  of  research,  small  decisions  that  actually  mean  your  big  leap  doesn't  feel  quite  giants  anymore.  And  you're  building  the  bridge  across  the  chasm.

What sort of things are different when planning  that  bucket  list  trip  or  adventure?

We'll find out in two weeks.

Speaker 6: Do it. You just make up your mind and you just go for it and find out what you can and that's it. It's easy. It really is.

Angellica: I'm Angellica Bell, follow Rewirement on your favourite platform and I'll catch you next time.

Do you plan to leave something for your children, or spend it all before you go?

Perhaps you're thinking about helping them out whilst you're here to see them benefit from it. Or maybe sharing money with your loved ones seems like pie in the sky. Our rewirees share their thoughts with Shirley on the topic of sharing money and inheritance.

Legal & General's Sara McLeish and Money Magpie's Jasmine Birtles are on hand to help out with ideas, options and understanding the issues over this sensitive subject. 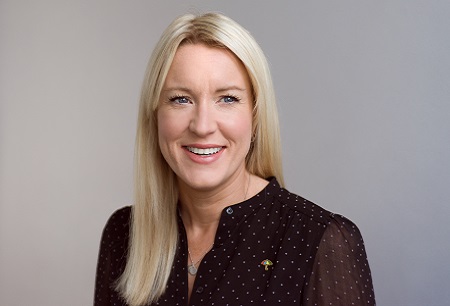 Sara was appointed CEO of Legal & General Financial Advice last year. She is passionate about the role good financial advice can play, to help people make more informed decisions about how to utilise their assets as they enter and progress though retirement.

Sara joined Legal & General in 2018, having spent 13 years as a management consultant and Director with EY. 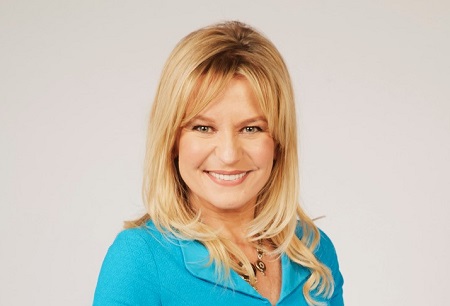 Jasmine is well known as a money expert and TV and radio personality. She is the founder and editor of money-making website Moneymagpie.com which is a go-to site for information and help on making and saving money day to day.

She’s written a number of books about money and her lively, common sense style is easy for people to understand.